Like every year, Tesla is preparing for a big software update for the upcoming holiday season 2020. CEO Elon Musk teased that the new software release is hot (fire icon), he said that in a stand alone tweet last night.

This time, Musk totally got rid of any details in his follow up tweets, leaving fans surprised about what new features or entertainment stuff is coming in the firmware version V11. “So many things you want & some you didn’t know you wanted,” he added.

Tesla has been releasing a major set of features and Autopilot updates near the holiday season for the last two years. The Silicon Valley-based automaker rolled out the V10 Update last year and V9 in 2018.

Now its time for a major software version release for 2020, which might include the new driving visualizations from FSD Beta, new video games, and an advanced Fart App that Elon Musk hinted towards in the past saying “And, of course, your car will be able to fart (fart icon) in their general direction,” he said.

Elon Musk also released the following short video clip of a Tesla Model 3 conversing with its occupants, “Teslas will soon talk to people if you want. This is real,” he stated on Twitter earlier this year. He also said that these cars will be able to talk to pedestrians as well.

Musk hinted that the talking ability of Tesla cars using AI could also be coupled with the Sentry Mode, “This will make for some epic robber confusion,” he said.

The other features in the Tesla V11 software update would include the following: 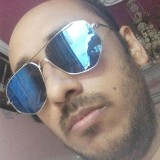